Writing in Science, a group of scientists led by Berkeley professor Ali Javey report on significant improvement of quantum yield (QY) of monolayers of MoS2 when coated with the superacid bis(trifluoromethane)sulfonimide (TFSI).

Monolayers of transition metal dichalcogenides have been steadily attracting increasing attention in field-effect devices as well as in optical devices. This is due to their sizeable band gap which typically lie in the 1-2 eV range. However, they have been traditionally lacking in terms of their quantum yield, i.e. the number of photons emitted per photons absorbed, which is an important figure of merit for optoelectronic devices.  The paper described a technique which improved the quantum yield to near unity.

The procedure is surprisingly simple: A 2g/L solution of the superacid TFSI is prepared in 1,2-dichloroethane (DCE), which is further diluted to 0.2g/L by either DCE or 1,2-dichlorobenzene (DCB). The samples, which are exfoliated flakes on oxidized silicon substrates, are then immersed in this solution for 10 minutes on a hotplate set for 100°C. The resulting samples show improvement of QY from 0.6% to >95%, and a photoluminescence (PL) improvement of 130 times.

It should be noted that earlier in September, another similar technique was published in RSC Advances, which coated flakes with a layer of hydrogen peroxide and toluene. This technique improved the PL by 30 times.

This site uses Akismet to reduce spam. Learn how your comment data is processed. 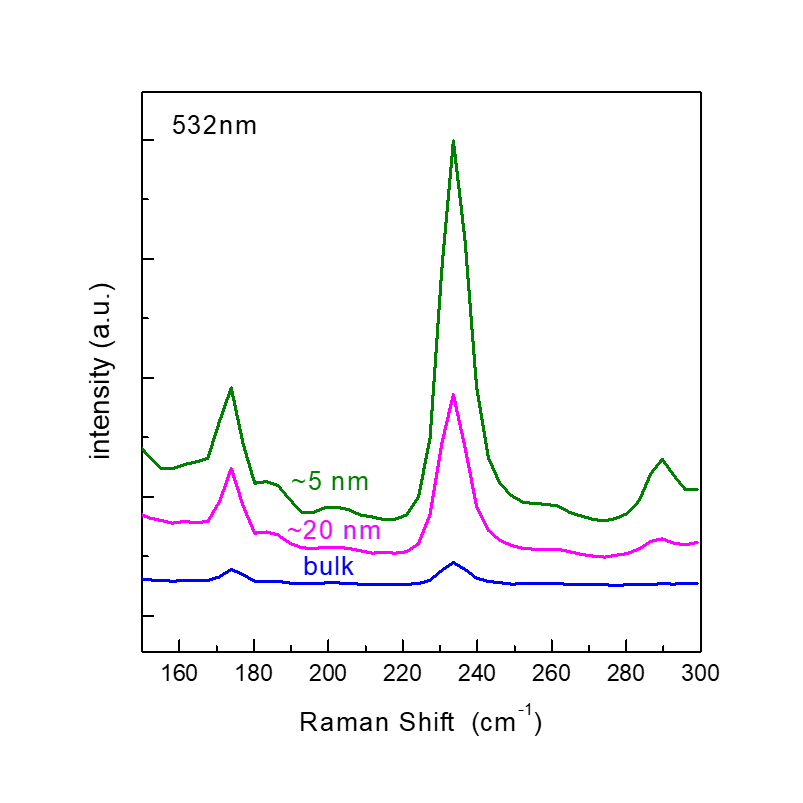 Yet another member of the two-dimensional family is molybdenum ditelluride. Like its other transition metal dichalcogenide siblings, MoTe2 is a semiconductor and when exfoliated to a monolayer shows a direct band gap of approximately 1.1 Read more…

A team of researchers from Purdue University and Global Foundries semiconductor foundry, led by Associate Professor Zhihong Chen write in Nano Letters regarding the band gap tenability of bilayer MoS2. Why bilayer MoS2 It is Read more…

Review article on atomically thin MoS2 and its applications in sensing

Editorial  Writing in Nanoscale scientists from the universities in Singapore and China review the two-dimensional material molybdenum disulfide. The material has been extensively studied in the past five years since, unlike graphene, has a sizeable bandgap Read more…